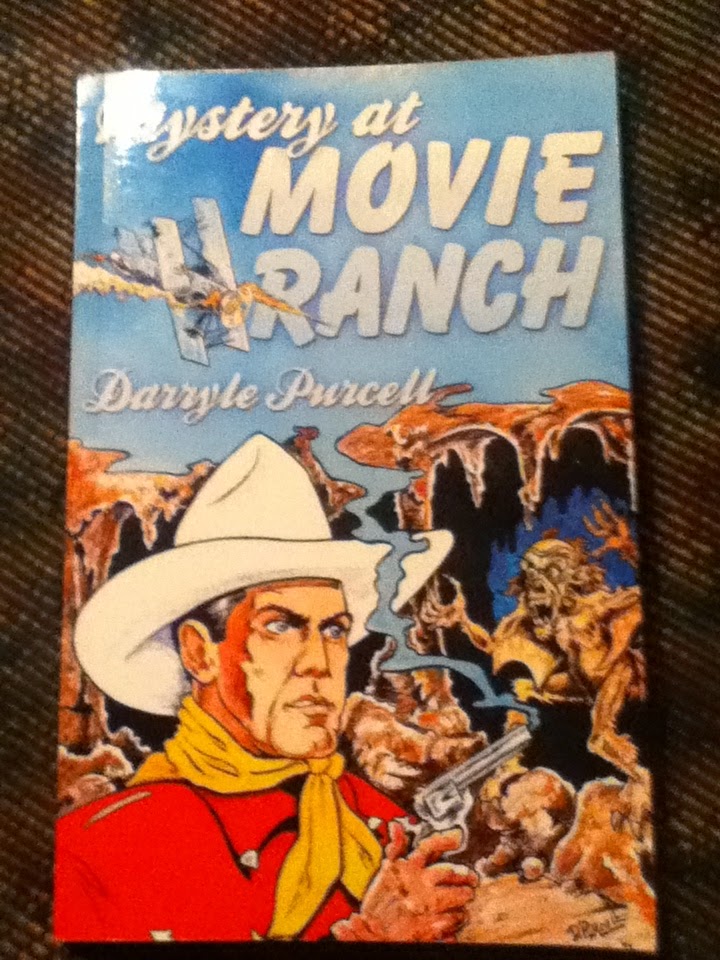 This first turned up in my emails wanting me, ME! To do a review of it.  Well, hell, why not, I mean I like western pulp stories as well as the next guy or gal.  I mean I write about plenty of the ones I get out there, so why not?  As it turns out, I don't like reading BOOKS on line, yet that is, so I asked for a print edition of it and got sent one.  Pretty cool, I must say on their part.  I just like having the thing in hand, its that collector of paper in me that's the culprit!  I'm excited about reading my first "new" pulp story, OK, I have read some in Planetary Stories and have drawn some illo's for same, and yeah, guilty of reading on line, you can read them also at Planetarystories.com   Back to Darryle's story. As it turns out Darryle is a retired reporter for a LA newspaper and  political cartoonist to boot!  He did the cover and several illustrations for the interior, not too shabby!  I would like to see a beautiful babe on the cover, like Earl Bergey would have done for say Startling Stories, brass bra's and all!  But, that's me and my pulp tastes, a cowboy, smoking gun, Bi-plane, and strange monster, will do the job nicely!  Suffice it to say there is no brass bra-ed woman in the story, but boy is there everything else!

Seems to me that Mr Purcell was out to write only one pulp western as he has everything going into this one from flying-saucers to the FBI and the mafia.  Its everything a pulp story has going for it, wild situations, oh, and a beautiful love interest too, gotta have one of those, but usually not in the pulps as a rule.  It reads like a story from Ray Palmers' Fantastic Adventures, a little humor: "That's me-Sean Woods ( the Hollywood in- house press dude/detective in the story).  Everyone calls me Curly because, well, they're assholes."  And, a lot of action, it starts right out with Ken Maynard ( yup that KM) falling out on his face, dead drunk, so much for slam-bang action, that will start tomorrow on the movie set.  Just in the first few pages alone, fast cars, snipers, the posse, movie making descriptions of a low budget outfit, fights and woman!

I enjoyed his descriptions of how movies are made in different sequences and assembled later to fit the continuity.  His (Ken Maynard in the story) conversation of movie horses was pretty cool in and of itself, how they could make any cowboy look good, stop on their marks and smile for the camera too!

You can find Buckskin editions here with a description of their books <http://buckskineditions.blogspot.com/2014/08/buckskin-editions-catalog.html> . Can order the Kindle edition or possibly the print edition also.

I find overall that the print edition was well done, I especially appreciate the the large print size helps me plenty!  I think too, that it lives up to being a real page turner, very easy to read, love the guest appearances by Hoot Gibson, Thelma Todd and others of that era.   I had a good time reading this, recommend it to you all who like old western movies and serials too. 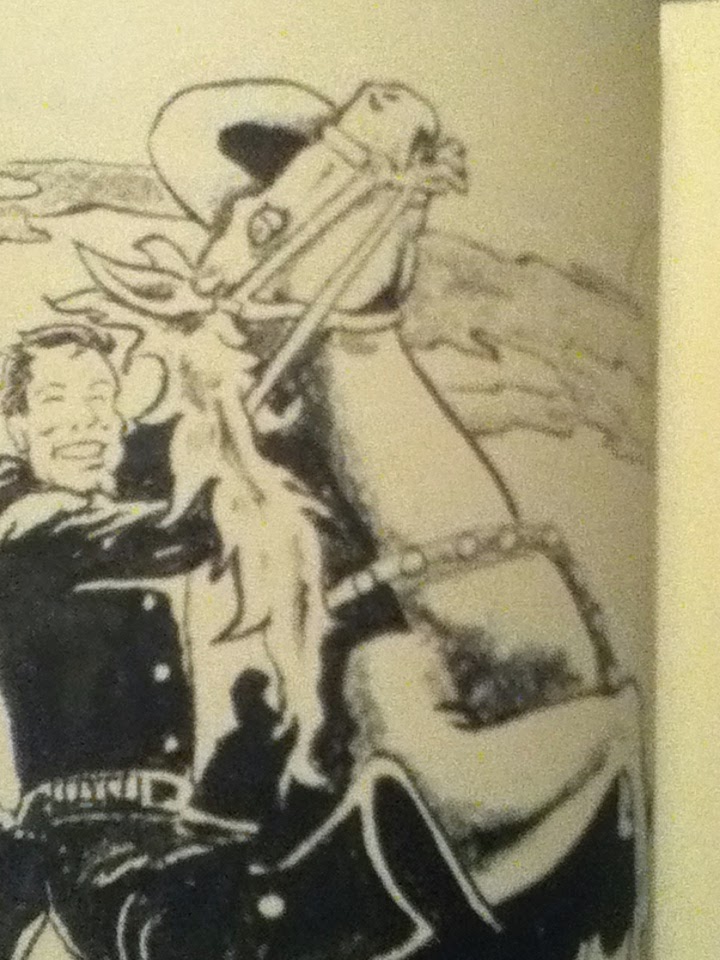