Where have I been... 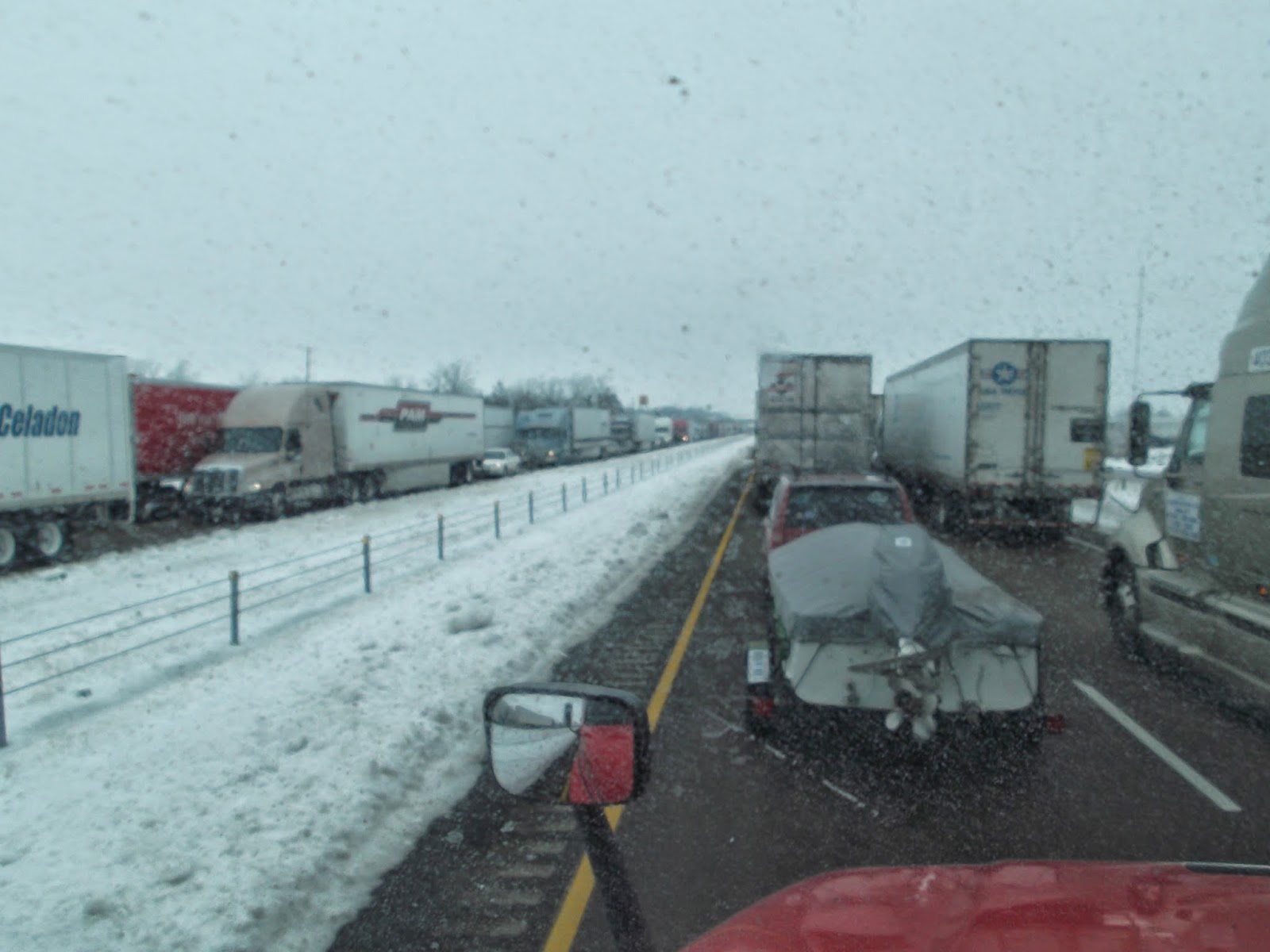 Now, I ask you what is wrong with this picture?!  I mean check out this guy in front of me, I mean really, what the hell is HE thinking?  This is about a month ago at where I-55 and I-40 meet in Memphis, TN.  I was there for about 5 hours, moving about a mile an hour, really in the ballpark of the Atlanta, GA. affair where everyone abandoned their cars and walked!  Oh, and tell me America's needs do not travel by truck, look at all of them.  And, here's a shot of the other side of the road! 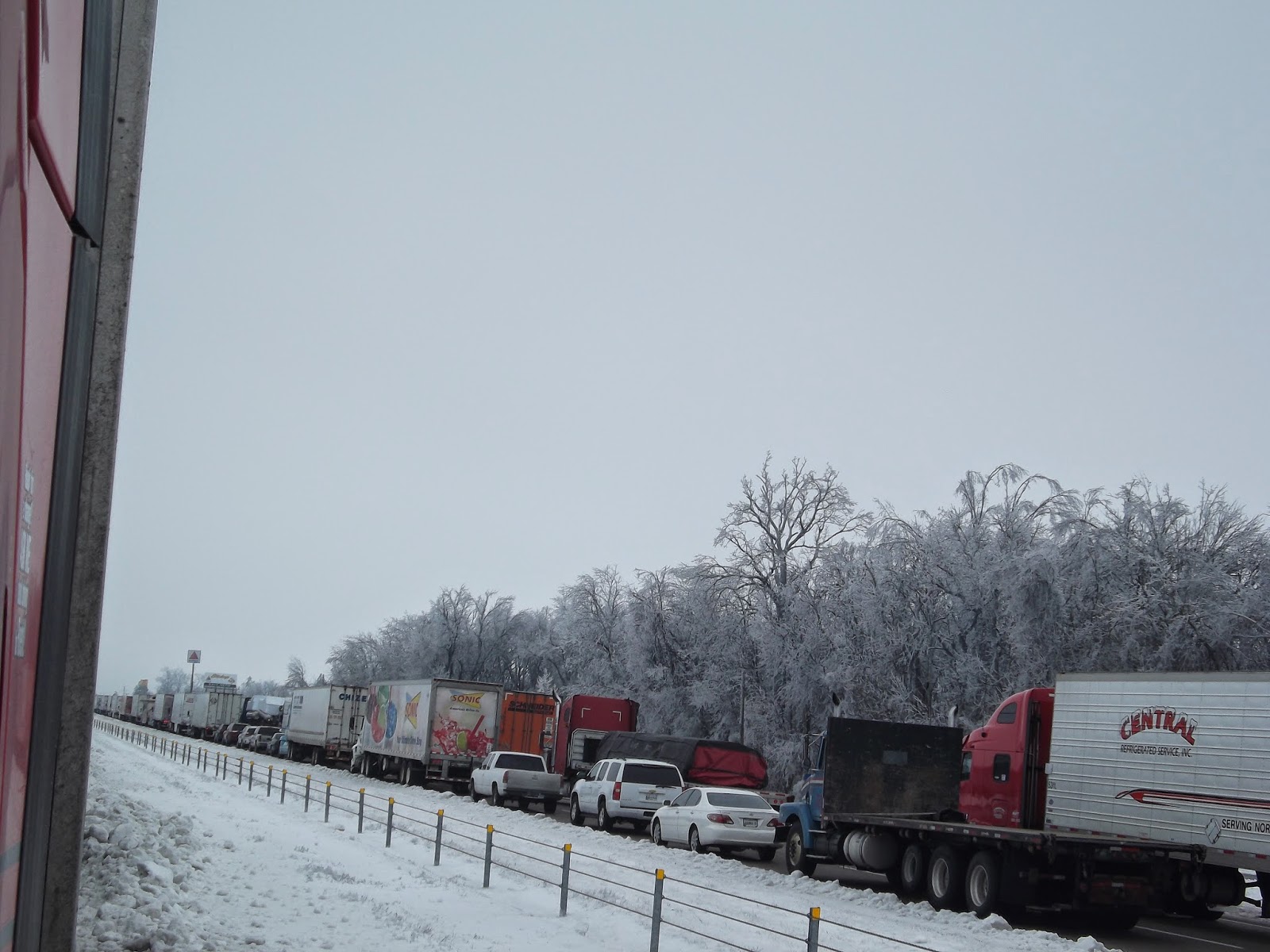 So, your thinking what does one do in a thing like this, well the first thing was try and get around it, routing in a big rig is hard to change, so I was told to stay on the interstate, not a good concept!  But, a i-Pod helps lots, as does a CB radio, but mostly, I'm the kind of guy who reads, especially when you have the air brakes pulled and your not moving, of course!  This then is what I reviewed, a short read in any case, but a nice mag I picked up at a antique store about a mile from my terminal in WI. 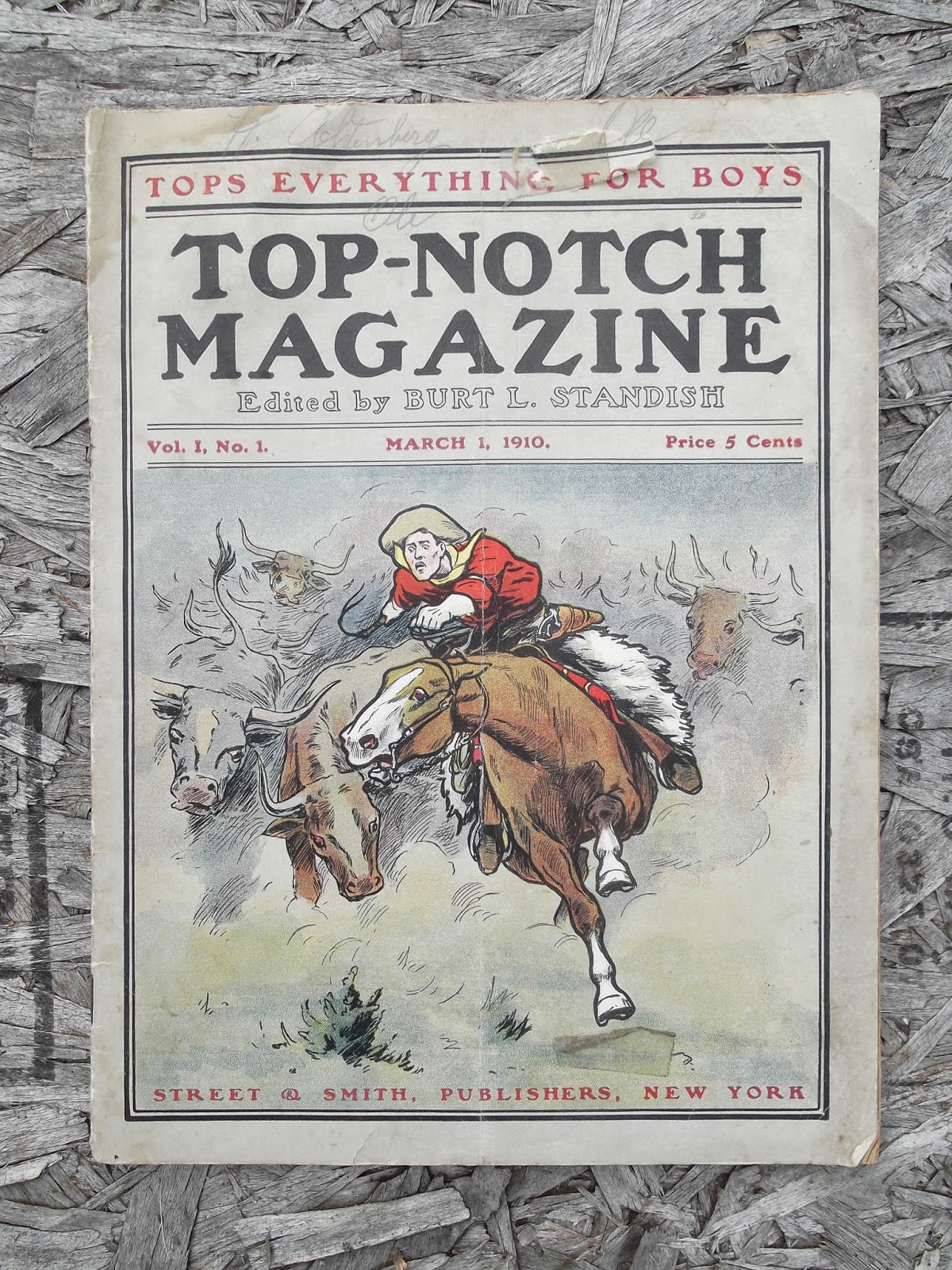 It was a in a stack of Hunting and Fishing mags and a pretty good size pile of Dime Novels  all were Tip Tops,  all by Street and Smith publishers.  So, every last one of those Tip Tops was a sports, hunting, fishing, story, not high on my list.  But, in the middle is this Top Notch Vol. 1 Number 1, March 1st 1910 and hell, its got a western cover!  I would have bought the thing if it had a fishing cover, hard to find one of these!  Cover is uncredited, and is familiar for some reason, nice comic book like drawing.  It illustrates the Albert W. Tolman story In The Coulee.  Here's the table of contents. 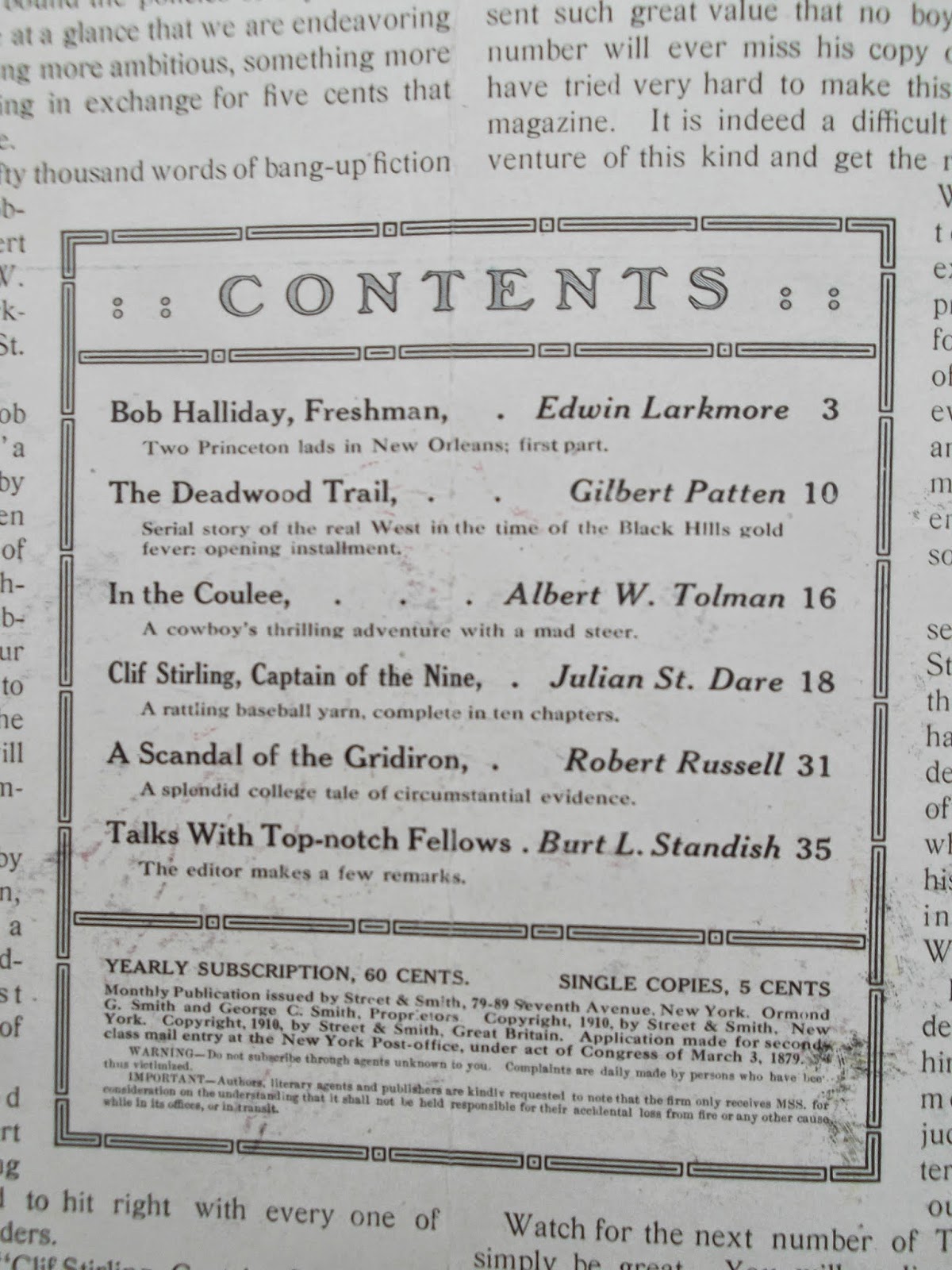 Really the mag was intended for it would seem about say 12 to 15 years old, back in the day.  The first story is Bob Halliday, Freshman by Edwin Larkmore, who did all his magazine fiction for Top Notch to about 1910.  Its a story that was OK, Bob is a "top notch" athlete at Princeton who take off in the middle of the season to visit the Athletic Club in New Orleans and get involved in a car chase of over 40 MPH, pretty exciting stuff.  Don't know how they could have afforded the train ride, let alone renting a car in 1910!  Its a serial and Bob meets the sister of the guy who gets hit my the other automoble-ist, and she's a mysterious one.  The guy they chase is of course involved in all this.  Not a favorite.

Second story by Gilbert Patten The Deadwood Trail is much better a western set in the Black Hills of the Dakota's.  This one is much better, a kid sets out to meet his uncle and go to his gold claim, misses him and chances after him.  He at least has a sensible explanation of why they would send so young a kid from the east out there by himself!  He meets a girl and her brother and you have an idea where it goes from there!
William George Patten is his real name and his other writing name is Burt L Standish, who as it turns out is the Editor for the mag.

Best Story for me in the issue is In The Coulee by Albert W. Tolman a short story with a tough steer!  He wrote quite a bunch of fiction from 1910 to about 1944, which being that he was born in the 1860's was probably his last bit of wordage.

There's a Julian St Dare Baseball story, I'm not big on, and a Robert Russell one on football, OK, but not my style.

So, very interesting reads for back in the Pre-Pulp days of Top Notch, by October of this same year, it had switched from its 8x10 32 page 5 cent (go figure when they call them Dime novels) mag to the better known 7x10 128 page pulp mag.  With a much more diverse set of stories and more to my liking.  Oh, and I was looking at the Fiction Mags site ( you can Google it and see) where most of the info I found  was and low and behold there's my copy of the mag, tape and all.  Pretty cool, I found the issue awhile back and posted on the Pulpmags list page about it, and was placed it on the opening page.
Posted by Jonathan G. Jensen at 2:39 PM