Alright the word is out, I do not read just pulps, Oh the horror!  Yeah, yeah, I get suckered into reading other stuff.  I mean take a look at these 4 I just finished, wonderful reads and some pulp tie-ins too! 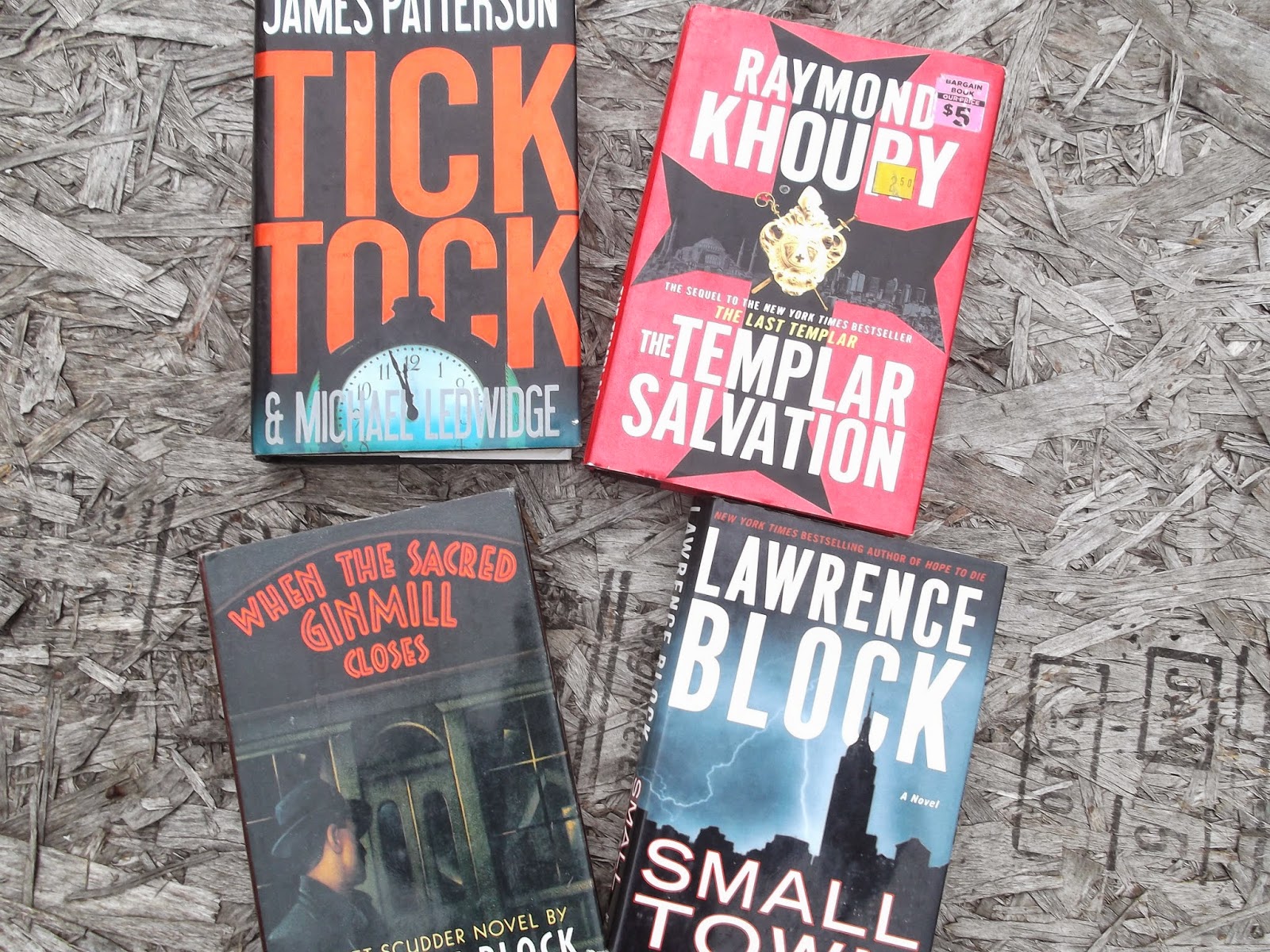 I really had a good time reading this group of hardbacks, the two by Lawrence Block, I've had for a long time, especially the ginmill book which I hate to say it, have had since the time it came out 1986.  Great intentions and all.  The other book by him Small Town about New York is really awesome, quite the exotic writer, I must say!  Well, all the books have a bit or a lot of that.  The Khoury book on the Templar's, had some pretty kinky things going on as well!  OK, I live a sheltered like in the back of a truck for crying out loud and I read pulps with no sex, just romance...Alright, maybe, just maybe the Spicy line of pulps, Spicy Adventure, Detective and others had some what you might have called lurid behavior at best, but not the stuff that say the Block book had, he started life as a erotic novelist, well you get paid by the word, so works for me.

All of the novels have something I like,  the Templar one was especially good ( it's part 2 but still a good read), I love a little historical fiction, mixed with the FBI and well, the sex wasn't too bad either.  The odd part, and it may just be me is that both Khoury and Patterson used the word beat every time something came up that you could have used say heartbeat or some such, never used a different work, "she waited for just one beat..."  not a second or a min. just a beat!  I don't know,  Someone writing under another name, or is it a catch word I know nothing about?  As for the Sacred Ginmill, excellent Matt Scudder detective story, not much action, a lot of drinking and a great ending, really twisted way of getting even. The Patterson book with his detective Michael Bennett is trying to solve a murder while on a cops vacation with his 10 kids and his dad.  Very cool and sick at times crimes the purp pulls off.

I recommend all of them, I don't like giving away the stories or the endings, so not much of a reviewer, but by far to me and the last book I wanted and did read was Small town, is the best of the lot and recommend the most, awesome detective novel and a great romance too!